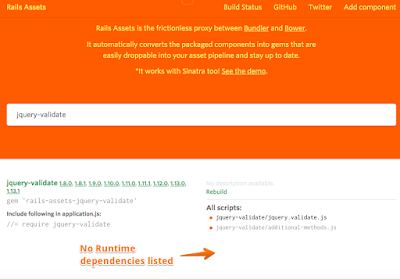 Many of us used of so many gems in ruby, so lets try to create a basic gem.
Simple, We just have to generate two files to create your own gem.

Step1: Create a gemspec.
Create a gemspec file inside root directory, file-name should be same as your gem name (Eg: In our case its greeting_gem.gemspec)

This command will build the gem, which can be used in another ruby program.

Isn’t it simple!
Add as many methods you want in the same way and move on to bigger things.

I realized the importance of reading documentation clearly and with care, when I spent hours debugging this stupid problem.

This is an Active Record callback in action. We are setting a boolean field ‘approved’ to false in the before_create ActiveRecord callback.

This code is simple, straightforward and looks flawless, until you see a ActiveRecord::RecordNotSaved exception when you try to create a Topic. Our only savior, the errors object also doesn’t give us any information on what went wrong.

1. Implicit return values in Ruby. This feature always returns the value of the last executed statement in a method or block.

2. If an ActiveRecord callback returns false, all the later callbacks and the associated action are cancelled.

So, the best way to set boolean values in an ActiveRecord callback is